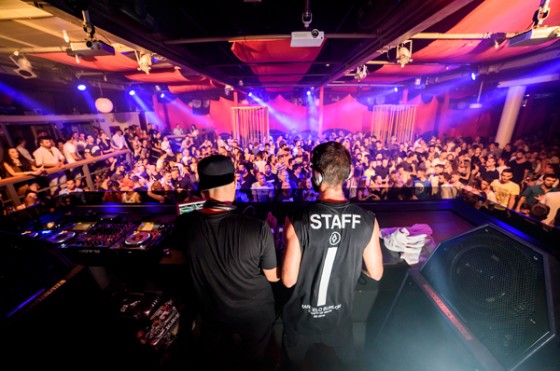 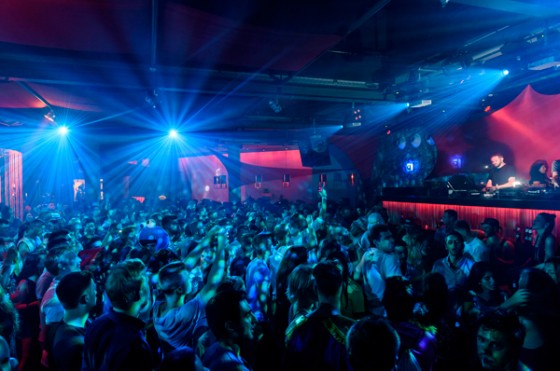 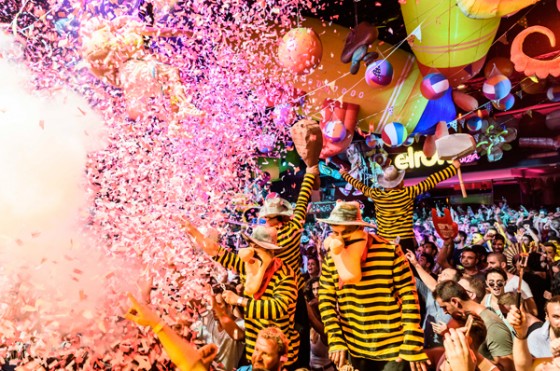 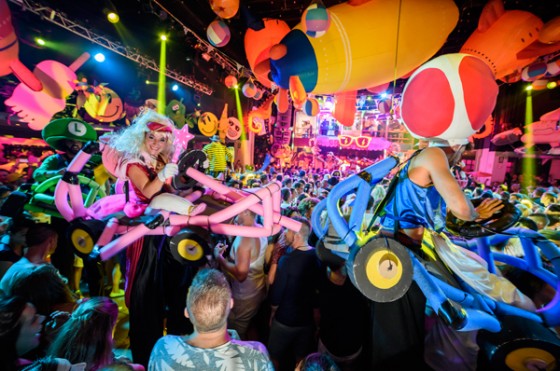 Three areas, three different parties. That’s elrow-Kehakuma, a night where the variety, quality and fun go hand in hand in any environment you choose. On September 5th three different stories with a common purpose were linked: to get the attending audience discover the exciting world of Space Ibiza on Saturday.

The French-Ibizan DJ Ion Pananides was responsible for opening the electronic music event. From 11pm, the underground sound merged with the most festive atmosphere in which the audience could dance, play games like Twister (passed by the filter of elrow) or simply relax outdoors. The talented Greek And.id and creator of the hit ‘Plastik’ Simon Baker accompanied Pananides throughout the course of this first date in September.

‘The Singermornings’ party returned again to transform the Main Room of the club into something totally surprising. Every Saturday, the guys from elrow are capable of creating a different universe where the decoration and the animation team are fundamental – also the inflatables and confetti – to enhance the good feeling that is experienced.

Mario Biani climbed into the DJ booth where you could see a giant red pair of sunglasses typical of the themed evening on its highest level. The flow of the resident DJ was received with hands in the air and a whole lot of cheering. At 1:30am, the Italians of Supernova seduced Techno House lovers with their strong proposal that left everyone exhausted but wanting more.

After the duo, the desired back to back of the night had arrived. The luminaries of the scene Riva Starr and Technasia presented their most recent work: ‘In My Soul’ and ‘Voice of God’ by Starr and ‘Obsession’ by the Parisian, is just one example. The harmony between these two lasted until 5:30am when Marc Maya took control of the CDJs.

Maya gave to elrow fans exactly what they asked for at those hours of the morning: fast beats that made any singermorning on the dance floor jump. The most contagious music did not stop until the sun came out to say goodbye to a night full of emotions.

The Terraza opened at 1am to welcome the most modern music of the island. With only an hour behind the decks, the Spaniard Javi Bora demonstrated with care a repertoire in which he dropped his latest collaboration with Los Pastores, ‘Sex & Drugs’, the track to be released on the label Oblack018 at the end of this month.

It was about 2am when Fritz Kalkbrenner took the stage to start his penultimate live performance of the season. Immersed in the promo of ‘One of These Days’, the Berliner was able to guide the audience on a musical journey through the different tracks that have marked the history of his career as a DJ and producer.

After the duo, Edu Imbernon left everyone impressed with his impeccable skill to choose the sound that best suited the atmosphere and mood of the clubbers. As always, everyone enjoyed the best Techno and House music.

Los Suruba – the last Spanish representatives of the night – are a safe bet and the audience knows it. Every track they dropped were danced to uncontrollably until the closing. Among them, they selected tracks from their September chart on Beatport.

There are only three dates left to discover the world of elrow-Kehakuma. Buy your ticket and live the party with Paco Osuna (all night long), Steve Bug b2b Josh Wink and more artists next Saturday, September 12th.