Kehakuma – elrow: the party you don’t want to miss 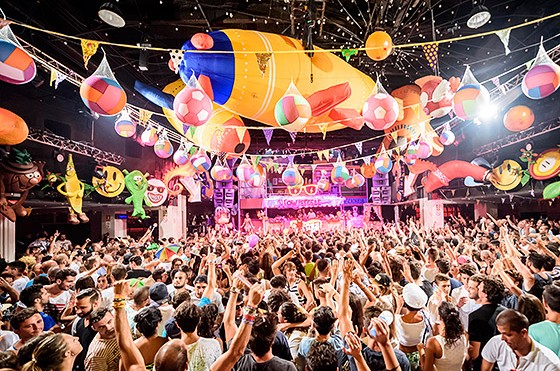 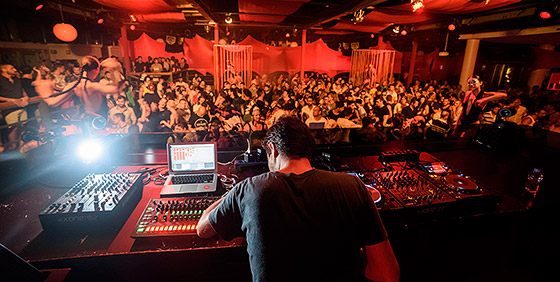 When the weekend approaches there is only one party marked on your calendar that you don’t want to miss. Neither the heat wave that is plaguing the island, nor the tiredness of a long week or even the disappointment of not finding the t’shirt you want to wear, holding you back for what you know will be a great night:  elrow – Kehakuma at Space Ibiza.

The first to open on Saturday were the guys from Ker. They settled on the Sunset Terrace, Ion Pananides and Citizenn made the clubbers dance from 11pm. Both DJs warmed the atmosphere for the opening of the rest of the other rooms of the club during the first hours.

Always punctual with their appointments every weekend, the magic, the glut and the madness started at 12am with elrow in the Main Room of the club at Playa den Bossa. The theme of the night was the one that made them famous worldwide: “The Singermorning”. A mixture of equal parts of surprises, joy and a whole lot of confetti.

Robert James and the emerging duo Los Suruba, joined residents Mario Biani and George Privatti a major line-up which primarily emphasized the desire to have a good time.

George Privatti took it from the very beginning. From the first moment he set the pace of the party with an aggressive and forceful Tech House that quickly ignited the party in the main room of Space Ibiza.

After him, Robert James arrived on the scene. The former member of the British Navy had no trouble following the military face that his predecessor had started. By then, the Singermornings already ruled the dance floor. When the set was coming to an end, we heard some of the hits that led him to stardom, such as the now classic, “Body Movement”.

Meanwhile Los Suruba, showed once again that they have come to stay in the elite of electrónica worldwide.  On their fourth session so far this season in the club, they staged one of the great moments of the night, when in the middle of the frenzy festival of the guys from Viladecans made “Fine”  heard and blew away the audience. Far from the ending of the party, even missing the set by Mario Biani, who carried the audience on his wings until the end of the club.

Meanwhile Kehakuma returned to enjoy KOMPAKT TOTAL. The event organized by the label of Michael Mayer presented an incredible line-up with him where good music spread like wildfire on the Terrace of Space Ibiza.

The first to arrive to the DJ booth of most cutting edge party of the weekend was Dauwd. The DJ showed us his hallmark with a session filled with organic sounds and punchy vocals between the Techno and the House. It was the perfect start to a great night in Kehakuma.

At 2:30am the moment of the only live set of the night arrived with the Brazillian Gui Boratto. The producer, DJ and musician spun his extensive repertoire where hits such as Jocker, Antropofagia and Indigo stood out among his large discography. The classic atmosphere that he created with his session evolved the room in a spiritual ambiance where the audience danced non-stop with their hands raised in the air.

The Canadians Blond:ish were the last performance of the night at Kehakuma.  Anstascia D’Elene and Vivie-Ann Bakos took the Terraza armed with deep and dark sounds. We listened to this latest remix “Ember” by the group WhoMadeWho, a complete hit that the audience liked. As they say, everything good is worth waiting for, and in this case the wait was well worth it.

Space Ibiza closed its doors at dawn with the feeling of having lived another great night with the stars of Saturdays in Ibiza. Buy your tickets for elrow – Kehakuma for July 25th and live another great experience with this unparalleled union. See you there!