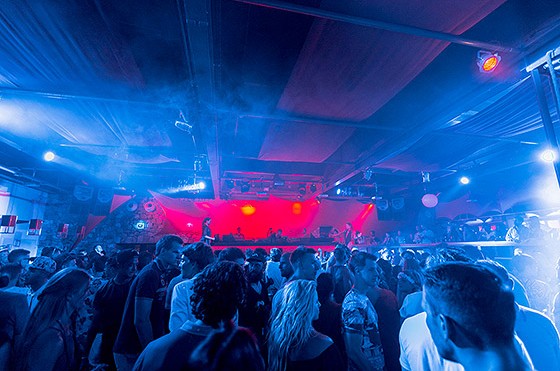 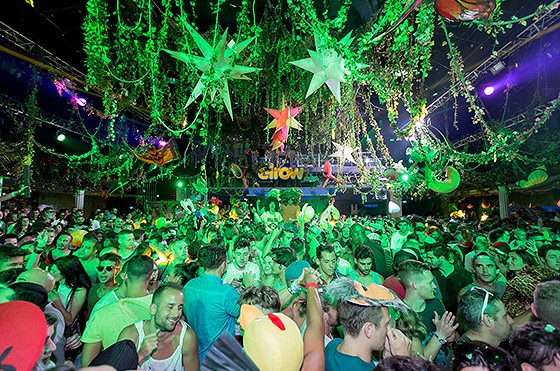 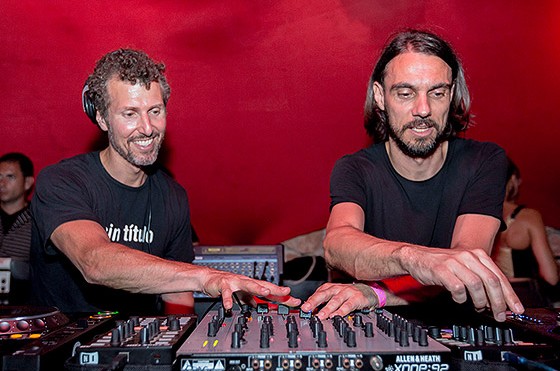 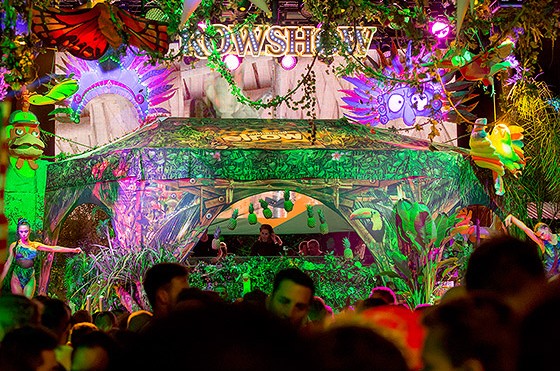 Saturday, July 11th, midnight, doors of Space Ibiza. A diverse concentration of clubbers form a long queue to enter elrow-kehakuma. The wait doesn’t seem long when you’re debating among friends whether to see the back to back between Steve Bug and Josh Wink or to stimulate their senses with the colorful atmosphere of the Main Room and the session by Paul Ritch (live). Relax, there is time to experience the two variants of the event, the night has just begun…

The first impression you get from elrow-kehakuma is in the Sunset Terrace, the room when you just step inside the club. The resident of KER Ion Pananides, the DJ from Glasgow Jasper James and one of the founders of Isgud Records, Tato, encouraged the first attendees with the most refreshing underground rhythms in this preliminary approach to the party.

The second contact was made in the main room of elrow set in Brazil. Many feathers, vegetation, samba, caipirinhas and soccer added to the intense electronic proposal by De la Swing, the artist that opened this transformed area of Space Ibiza. At 2am, Anja Schneider and her professionalism forged in Berlin radio showed samples of her broad musical background that captures this prestigious German DJ and producer. Several tracks from her label Mobilee Records were heard during her session generating an excellent response from the audience.

After her, the Parisian Paul Ritch hyped his ability to project an original deep techno through his technological gear. Nobody could stop dancing to the sound of addictive melodies coming out of the Funktion One speakers. Pure delight for the ears until the clock struck 5am. Then Toni Varga took over the stage to give the singermorning touch at the end of the night. An unpretentious forcefulness to end with a feeling of wanting more.

Kehakuma and their Terraza are the minimalist alternative to both visual and sound stimulus by elrow. Pional, one of the Spanish DJs with most international recognition, began his set at 1am writing poetic House and Techno through his emotional way of choosing the most appropriate tracks for the moment.

After the artistic performance by the great Spanish talent, Martin Buttrich gave the dance floor what it needed. The scene needs artists like Buttrich, excellent in technique but also emotionally effective. His skills behind the decks exuberated a lot of perfection and delicacy that made everyone gasp at such stage presence.

Finally, at 3:30am the second performance of the season of Josh Wink and Steve Bug at Kehakuma. The two stars of the industry combined all their knowledge and styles in a set that everyone enjoyed, especially the enthusiasts of the genre. Many of the tracks included ‘House Music Is My Wife’, the last chart for Bug, made his act of appearance in form of stimulating nocturnal hymns while Wink puts his differential stamp on mixing electronic works of art. Without a doubt, the ending that everyone had dreamed of.

The sun appeared and now we can only wait until this coming week so that the most varied party on Saturdays returns to gives us the best version of Ibizan club culture. Buy your ticket for elrow-Kehakuma at Space Ibiza and celebrate the return of KOMPAKT TOTAL and the Singermornings party with Gui Boratto (live) and Robert James, among many guest artists.