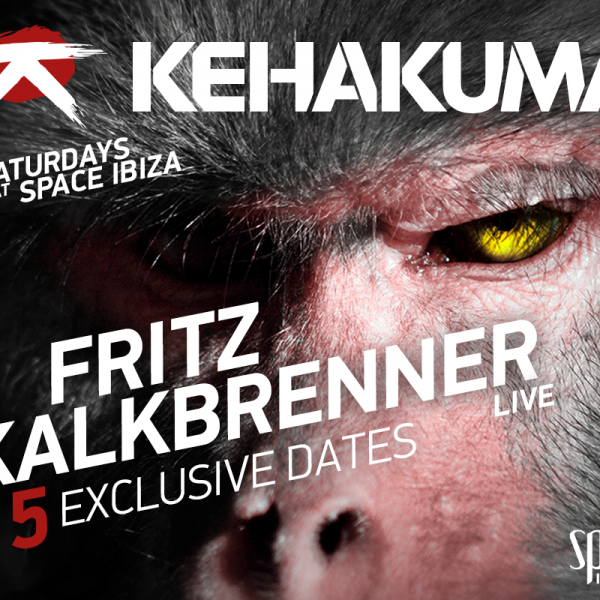 After confirming four dates with Steve Bug B2B Josh Wink, Kehakuma announces the addition of Fritz Kalkbrenner to their summer schedule with a total of 5 live performances, three in August and two in September:

With over 18 releases and a 12 year musical career behind him, Fritz Kalkbrenner is well known for offering his vision of music through live performances full of strength and melody lines. Originally from Berlin, it is clear that the influence of the German capital has marked his way of expressing his musical interests.

In his capacity as a DJ, producer and even as a singer, he also adds to his experience being music journalist (working for many years in television at MDR, MTV Germany and Deutsche Welle) and his participation in the creation of the soundtrack of one of the most popular movies of recent decades about electronic music: Berlin Calling.

This new adhesion strengthens the musical lineup Kehakuma maintains, always betting on artists characterized for their quality who will contribute to the innovation of Saturday nights at Space Ibiza.