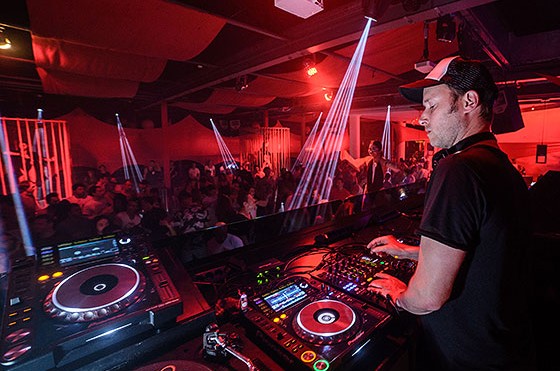 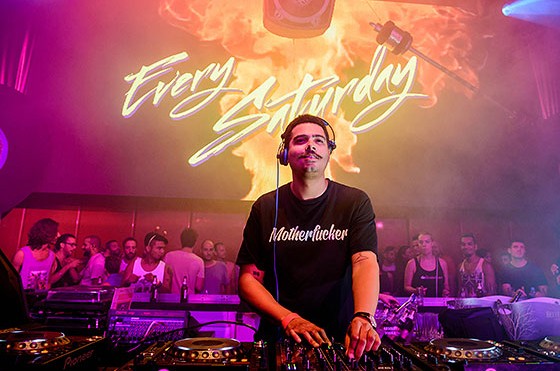 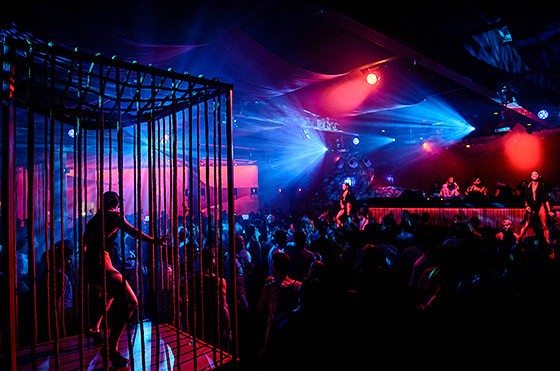 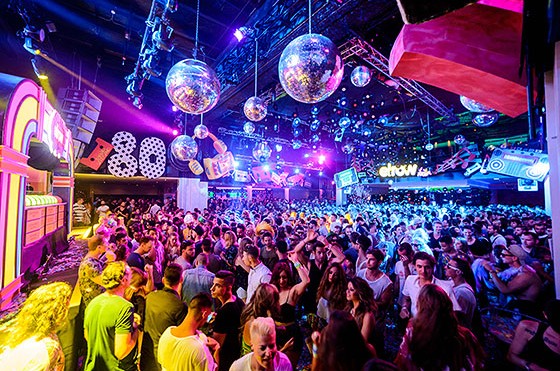 This past Saturday, Space Ibiza experienced a great night where the noble art of music was honored. The Terrace, Sunset and the Main Room witnessed that whatever happens and whatever it may be, in Playa d’en Bossa’s club music will always be the protagonist.

In the third party of this 2015 season, elrow prepared one of their thematic stars, “elrow music”. Based in a disco ambiance of the late 70s through all of the 80s was a sight to see. Disco balls, platforms, sequins and afro hair were the kings of the dancefloor. Meanwhile Kehakuma next to the famous label, KOMPAKT, prepared a great line-up until the very end revealing the identity of a special guest.

But as always, the first to open its door were the guys from Ker. Alex Pott and legend from Leeds Ralph Lawson, took on their shoulders the responsibility of making the Sunset a place with its own identity on Saturdays.

elrow was the next to start and just like every night it featured the debauchery and madness in the Main Room. Seth Trolex grabbed everyone’s attention.  The North American has become a world star of electronic music thanks to his incredible talent and his work behind the decks. The Tuskegee label founder, gave samples of his impertinence making everyone dance with an elrow session in the purest style. Tech House with strong rhythms was the perfect complement to the general madness that took place on the dance floor. His style marked by the Detroit school lived up to the expectations.

The Musketeers of elrow, Toni Varga, Mario Biani and Dela Swing knew like nobody else how demanding thesingermornings can be. Their years as residents of the brand have made them a sure bet. They did not disappoint anyone and the party continued until the club closed by the time restrictions of the island.

Meanwhile, Space was prepared for KOMPAKT TOTAL presented by Kehakuma. The legendary German label presented the first of the 4 nights this summer that the Club of Playa d’en Bossa will share in the context of the legendary collection, KOMPAKT TOTAL.

The first of the artists to enter the scene was RomanFlügel. The German and also member of the group Alter Ego, starred in the opening of the legendary room with a chameleon-like session, where we heard oldschool House to Underground Techno.

After the initial performance, the duo Superpitcher y Mauricio Rebolledo took control of the DJ cabin. Pachanga Boys, creators of the sub-label KOMPAKT, Hippie Dance, spread their message of freedom with songs like the remix of When The Past Was by John Talabot.  Known for their long-term sets, they had to be content with the full hour and a half in the cabin as Michael Mayer waited to take action. A full hour with the German was the perfect appetizer for the b2b that later starred alongside the mysterious special guest.

At around 05.00h, Seth Troxler arrived. The surprise that Kehakuma had prepared for their followers was Berlin-style b2b between KOMPAKT creator Michael Mayer and the sly boldness of the guy from Michigan.

When two geniuses cross each other, it is known how it will start but not how it ends. We could quickly felt the connection between the two. The key figure of the Cologne electronic scene proposed a trip between the sexes, riding between the House and Techno with amazing skill. Seth Troxler showed on his behalf great musical knowledge radically changing the style used in the previous set in the Main Room. If in the main room strong rhythms were dominated, in Kehakuma elegance and knowledge prevailed.

In short, for one more night Space Ibiza lived up to it nickname, temple of electronic music. elrow – Kehakuma showed that their passion for music through two distinct but not antagonistic concepts. Show, fantasy and exuberance byroweros before the vanguardism and support of Kehakuma. Do not miss the next date of this extravagant union buy your tickets for elrow – Kehakuma on Saturday 27th ofJune.